To go back in time, savor the peace and quiet of an ancient village, walk on original paved alleyways in the shade of a tower which dates from the year 1000. To enjoy a magical atmosphere, learn about history and experience the places where Dante stayed ... but what are American Indian artifacts doing there? Come and find out.

The privately owned castle of Porciano was one of the first settlements in the valley of the Guidi Counts, of which two parchments dated June 1007 and November 1017 provide the first documentary evidence. From the second half of the 13th century the site became the seat of one of the branches of counts into which the Guidi family had divided, that of Porciano-Modigliana, when it also assumed its current fortified aspect with the imposing palatial tower of a height of about 35m, a rare example of a combination of both military and residential architecture.

Between 1250 and the first half of 1300, the castle and its grounds experienced their political and cultural heyday. At the beginning of the fourteenth century Dante Alighieri himself was hosted in the castle during his Casentino exile, demonstrating the political importance of the Guidi of Porciano.

From the mid-fourteenth century the castle underwent a marked political decline and passed under the protection of Florence in 1349  with the 'Atti di Accomandigia'.

In 1442 Ludovico, the last count of Porciano, renounced all feudal rights over the county and its inhabitants by becoming a monk in Florence. From that moment, Porciano and its lands, the last of all the domains of the Guidi Counts in Casentino, passed under the control of the Republic of Florence. Later the castle passed to the Municipality of Stia and was sold in 1793, already in a state of ruin, to Abbot Conte Giuseppe Goretti de Flamini. In 1913 Goretto Goretti de Flamini, reinforced the Tower with four iron chains attached halfway up the walls thus saving it from the 1919 earthquake that destroyed the whole town of Porciano. The abandonment of the castle and its subsequent decline continued until the sixties.

From 1963 to 1978, the complete restoration of the castle was carried out by Flaminia Goretti de Flamini and her husband George A. Specht. Since 2021 the castle has been owned by Porciano Srl.

The tower of the castle, in addition to being used to provide accommodation for visitors who wish to have a unique experience, also houses a museum displaying objects related to peasant life and archaeological finds from the Castle of Porciano.

Houses an interesting collection of antique objects for agricultural and domestic use related to local tenant farming.

Displays showcases containing archaeological finds dating from the Middle Ages to the Renaissance found during restoration and reconstruction. In 2015 the exhibition was embellished with new panels and a model of the castle.

The Second Floor (open to the public only on special occasions)

Home to the great hall of the Castle, called “Dante's Hall”, with two beautiful symmetrical windows on either side of the fireplace. The hall was probably used by the Guidi Counts for ceremonies and administrative functions, confirming the military and residential role of the great tower of the castle.

Various types of activities are organized throughout the year, particularly during the summer period. It is advisable to consult the website for the calendar of events.

If you leave your car at the foot of the village and walk up to the castle, you will discover the medieval village of Porciano, known since at least 1115 and fortified, according to a report from 1445, with a wooden palisade. In the village you will find the small church of Saint Lorenzo which once housed the splendid altarpiece by Bicci di Lorenzo (1373-1452) commissioned by Count Neri di Porciano Modigliana, dated to 1414 and now in the parish church of Santa Maria Assunta in Stia.  The church of Saint Lorenzo is well worth a visit. In 1414 Count Neri commissioned a triptych depicting the Annunciation with Saints from the well-known Florentine painter Bicci di Lorenzo, a work that was moved to the Pieve of Stia in 1932, where it is still found today. In its place is a 15th century panel attributed to Domenico Michelino, a pupil of Beato Angelico, depicting Saint Lorenzo holding a palm branch in his right hand and an iron grid behind him, instrument of his martyrdom. 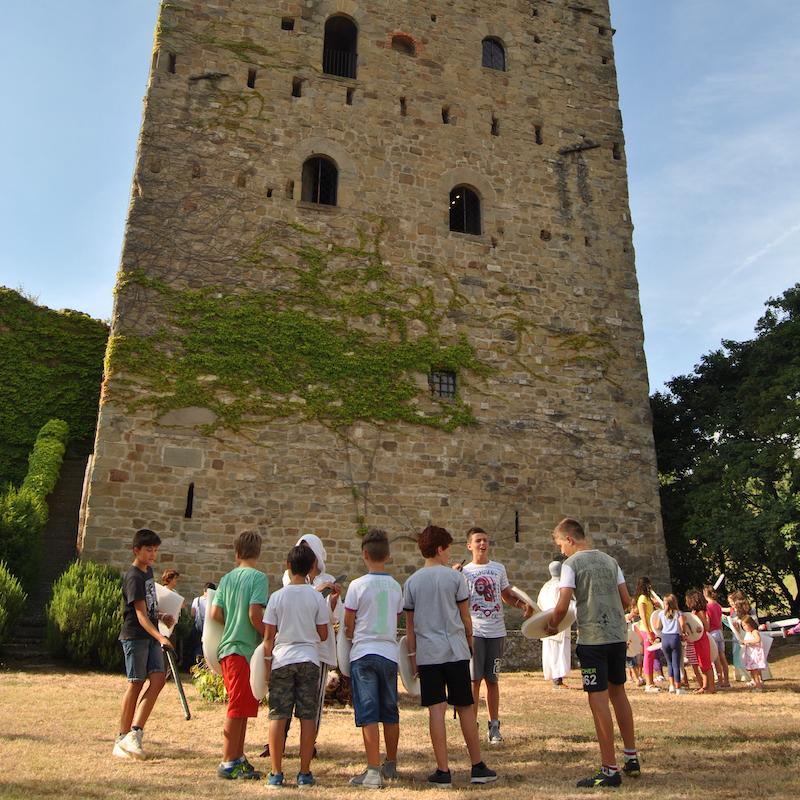 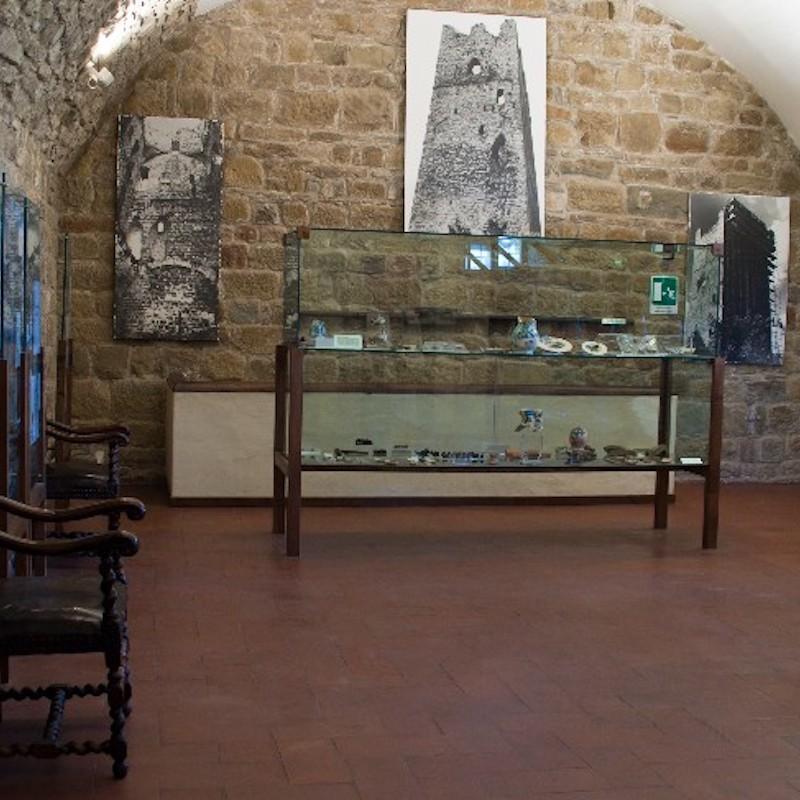 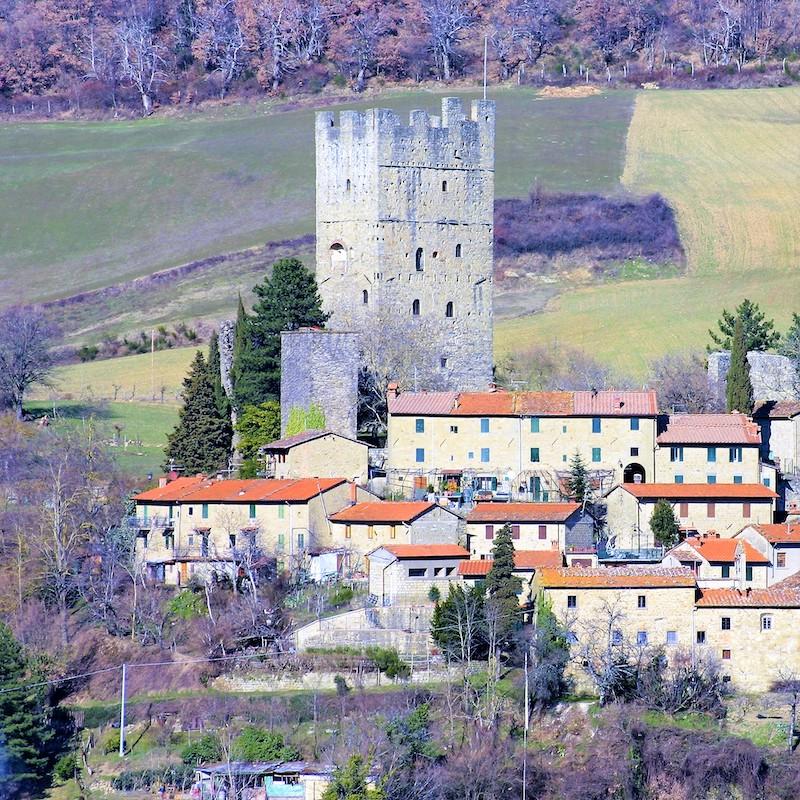 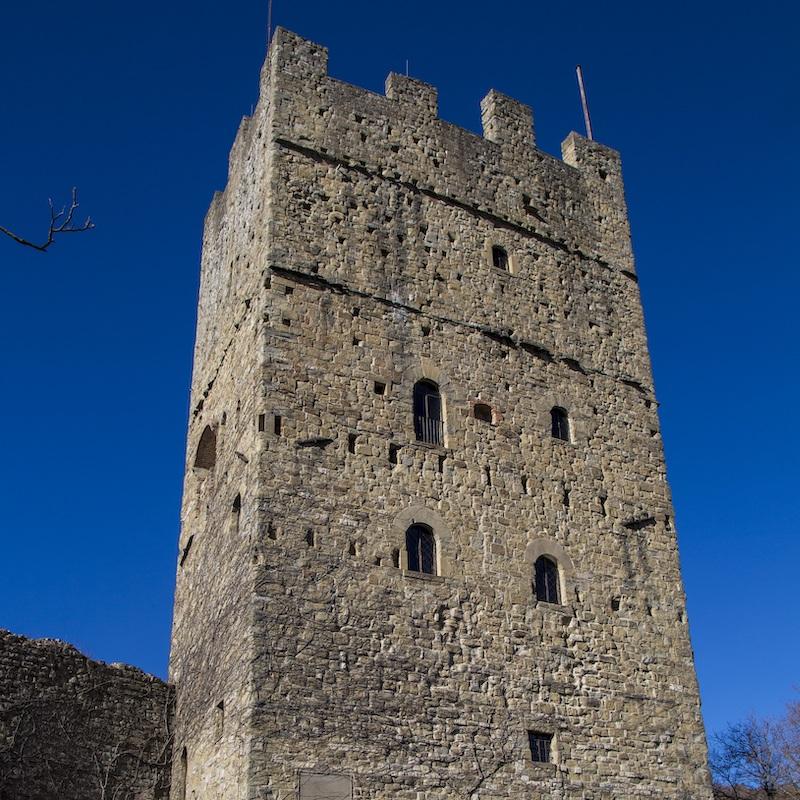 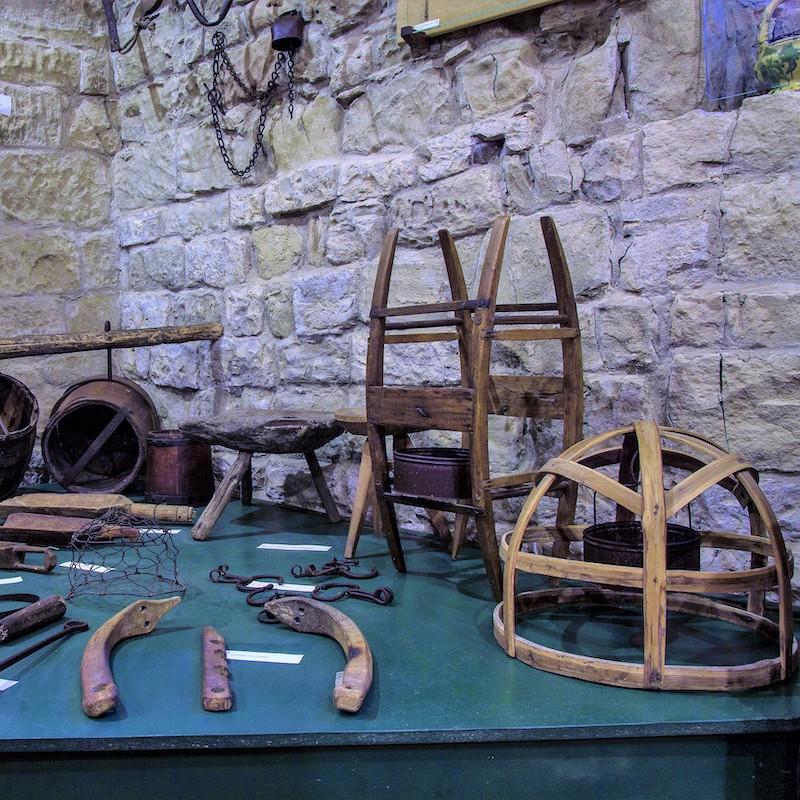 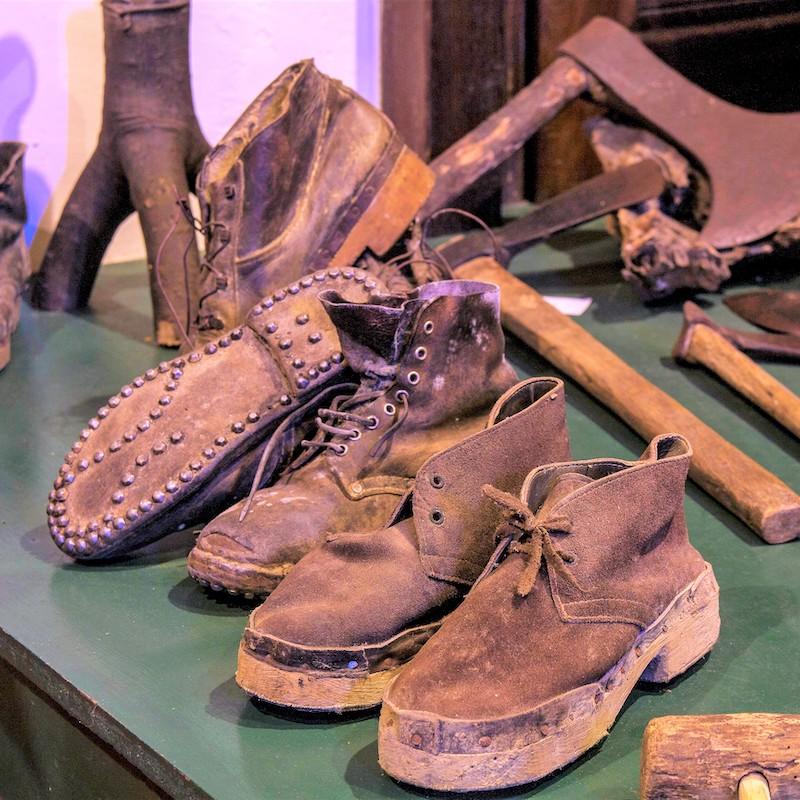 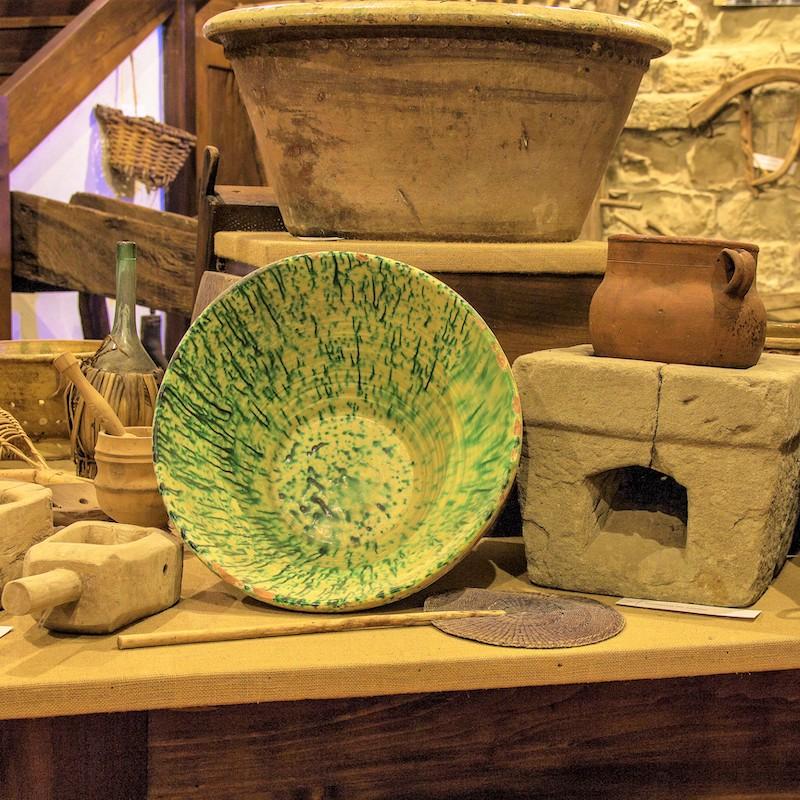 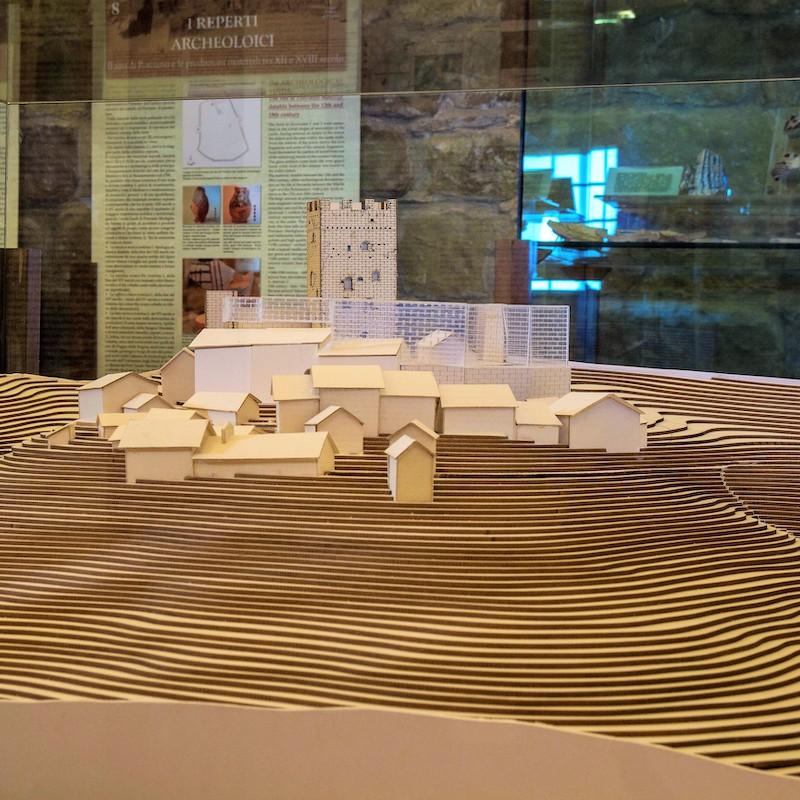 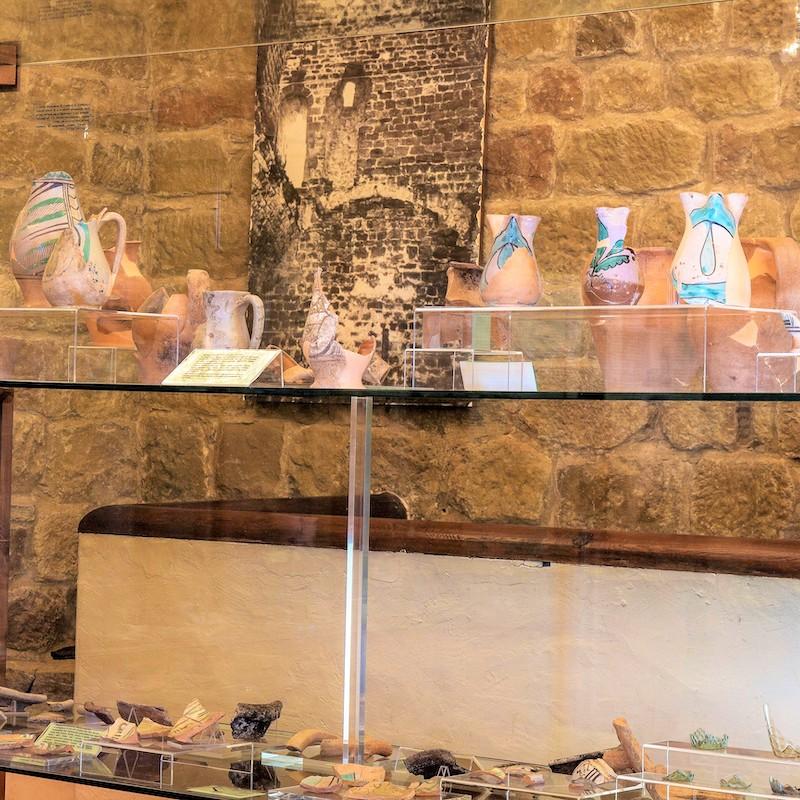