To discover an ancient village, within the Casentino Forest’s National Park, which has succeeded in safeguarding and cherishing its core values ​​and its history: the manual skills of the "bigonai" and of woodworking in a village that has always had a connection with the forest; the themes of war and resistance in a community crushed by a Nazi-fascist massacre; an itinerary with a theme, the"return of the wolf" that takes you all around the village.

A series of exhibition structures are concentrated in the small village of Moggiona with the aim of providing documentation and transmitting and disseminating some aspects of local history.

Set up by the Pro Loco of Moggiona with the aim of preserving the memory of the "craft of the bigonaio" (making wooden containers for grape harvesting). This occupation has characterized the town of Moggiona for centuries.
The “Bottega” is divided into two sections:
- the reconstruction of the traditional workshop environment with antique tools on display. Documentary material regarding how raw material was obtained, processed and marketed, along with photographic documentation, gives us a complete picture of the whole process.
- the collection of various artifacts made by craftsmen from the "second phase" during the seventies, when the artisans managed to adapt their technical skills to create articles of furniture and rustic fittings.
Demonstrations are given by craftspeople who are still living in the town. The center aims to be not just a documentation center but also an active "literacy" workshop for this ancient craft.

Permanent exhibition on the War and the Resistance in Casentino

The decision to locate the permanent exhibition in the village of Moggiona was dictated by specific events in the recent history of the community, which has been affected by the passage of the Gothic Line and by a Nazi-Fascist massacre of 18 people including women, children and the elderly on September 7, 1944. The exhibition space, also equipped with a small library, displays panels, drawings and original historical documents.  There is also an interesting collection of posters from that time.

On the initiative of the National Park of the Casentino Forests, a tour itinerary has recently been created dedicated to the great predator who has returned to repopulate this area over the last few years. The itinerary is divided into the following stages: a welcome point at the bar on the outskirts of the village; a wildlife trail with a small observatory in the village of Tega; an exhibition and educational space (above the permanent exhibition on the War and the Resistance) with a multimedia section; and a thematic playground with playing equipment for children.

The gold medals of the bigonai! In 1954 the bigonai of Moggiona won a gold medal for their agricultural tools in a rural crafts competition that was held during the 18th Exhibition of Crafts in Florence. In 1968 the Arezzo Chamber of Commerce rewarded two families of bigonai, the Ballerini and the Roselli: the former received a gold medal for having over two centuries of uninterrupted craft activity (with documentary evidence), the latter, with a slightly shorter record, received a silver medal.
The gold medal won in May 1954 was dedicated to the Madonna (1954 was proclaimed a Marian year by Pope Pius XII)

Excursions along the Gothic line and children’s entertainment in the summer. The traditional “Porcino Mushroom Festival” on 14,15, and16 August.

Upstream of the town, not far from the Camaldoli Hermitage, a ring walk dedicated to the "Gothic Line" has been set up and is well signposted. This German defensive line, designed with the idea of ​​exploiting the impervious nature of the territory to achieve extensive military control, divided Italy in two and included a total of about 320 km of fortifications between the Tyrrhenian and the Adriatic seas which also touched on the Casentino valley. This system of positions, articulated progressively along a line, had the aim of delaying the allied advance towards the north. Traces of the fortifications are still recognizable on the ridges of Casentino; they appear as holes dug along the edges of the ridge facing southwards towards the valley of Soci and Poppi, which held medium and large caliber guns. Along the walk there are some signs indicating the whereabouts of  the German positions.
For more information: https://www.ecomuseo.casentino.toscana.it/linea-gotica 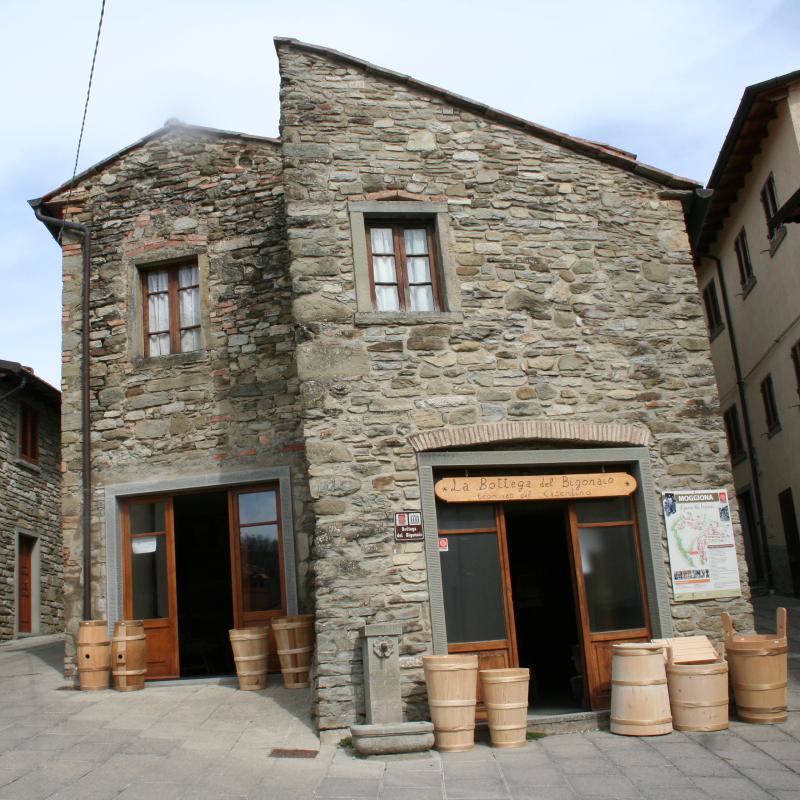 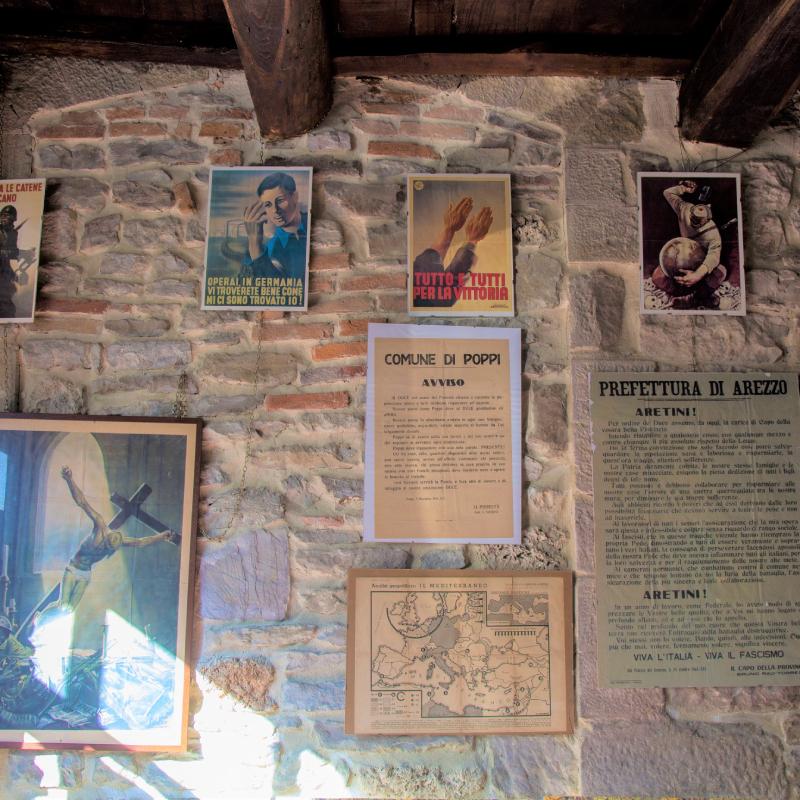 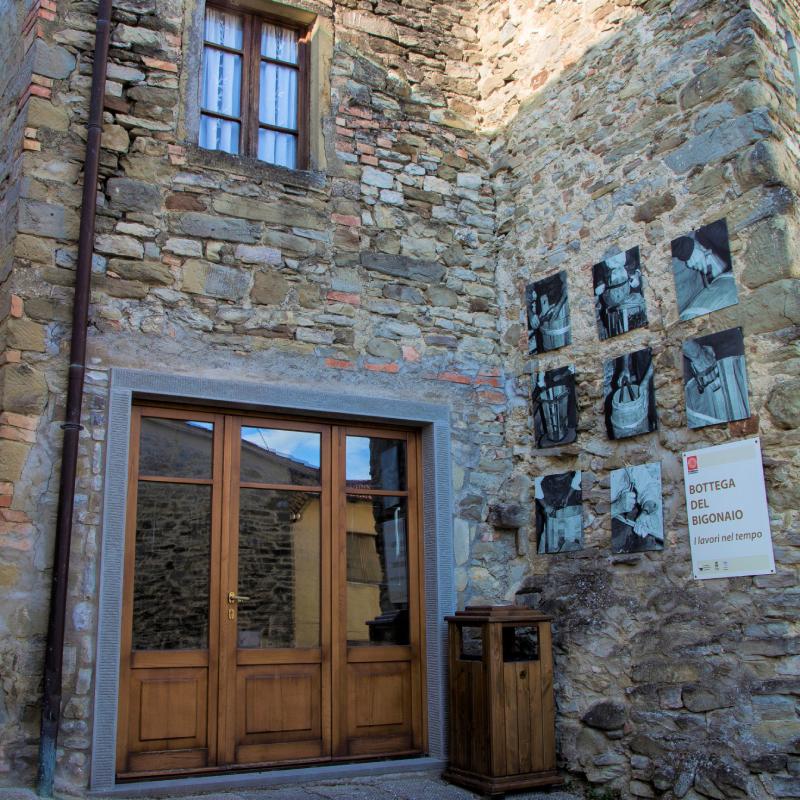 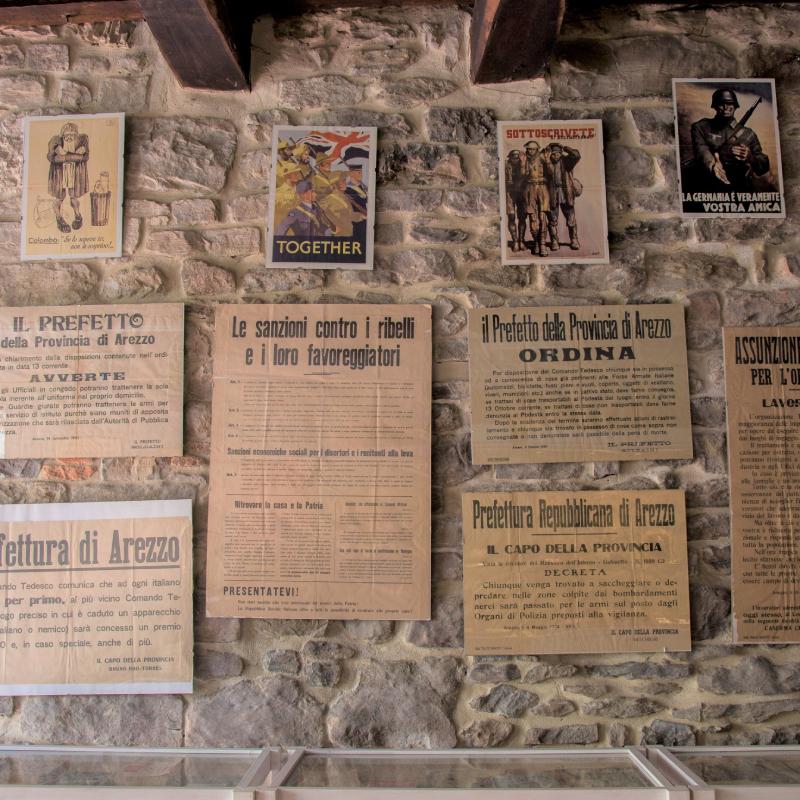 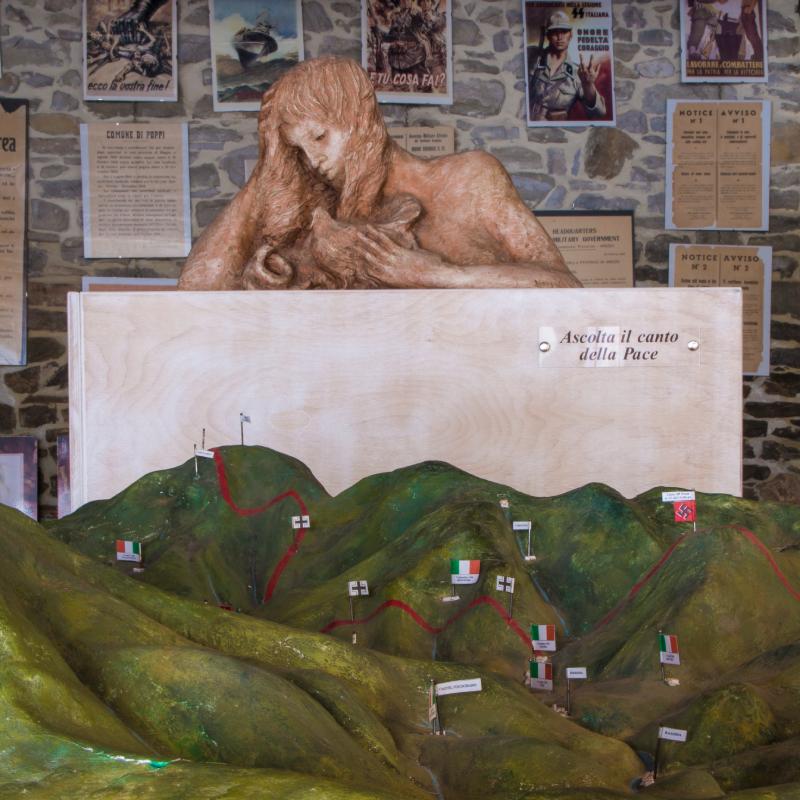 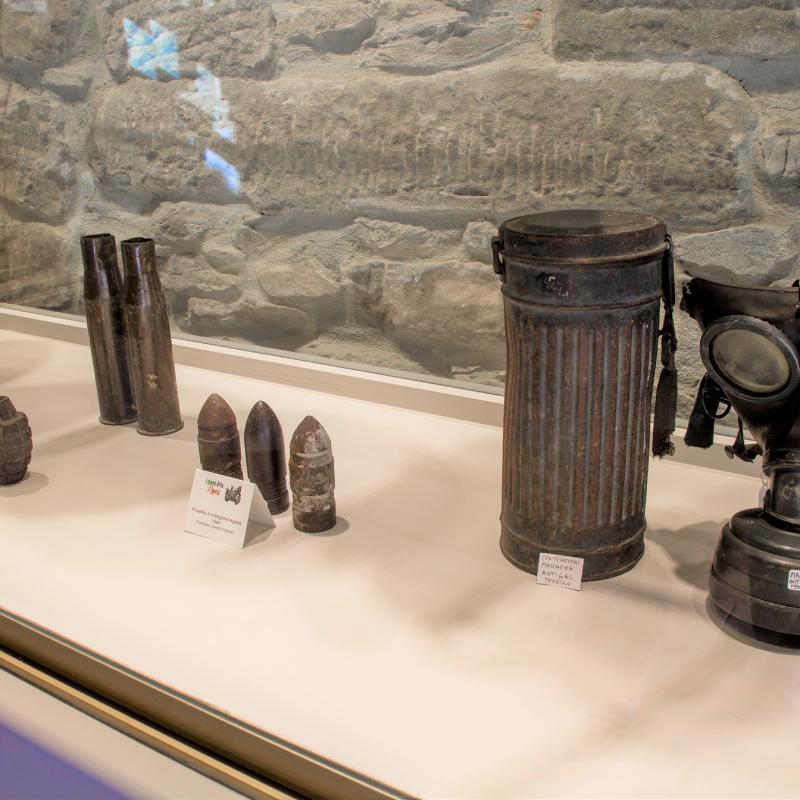 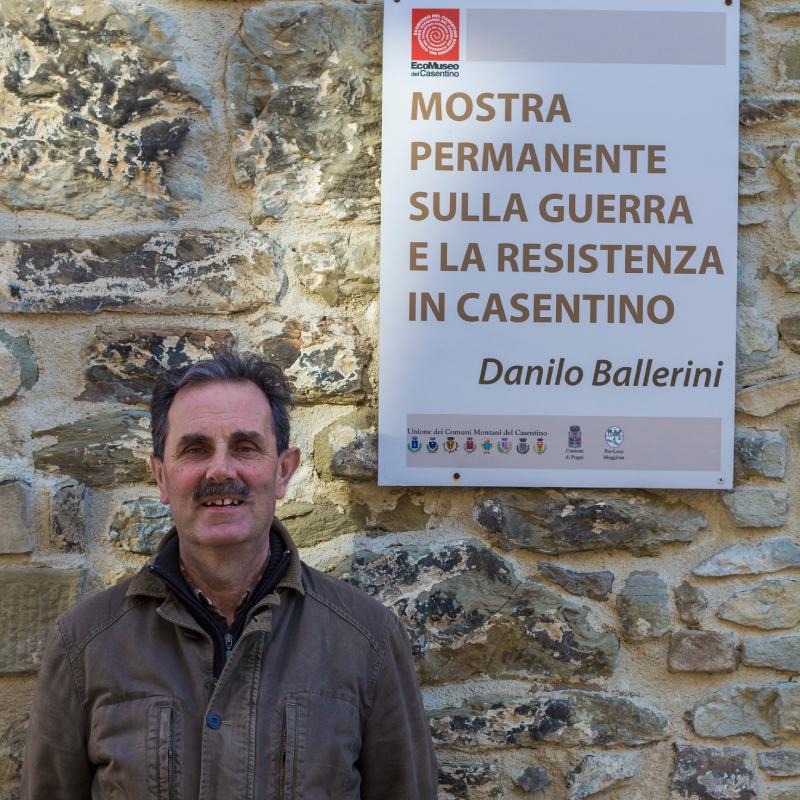 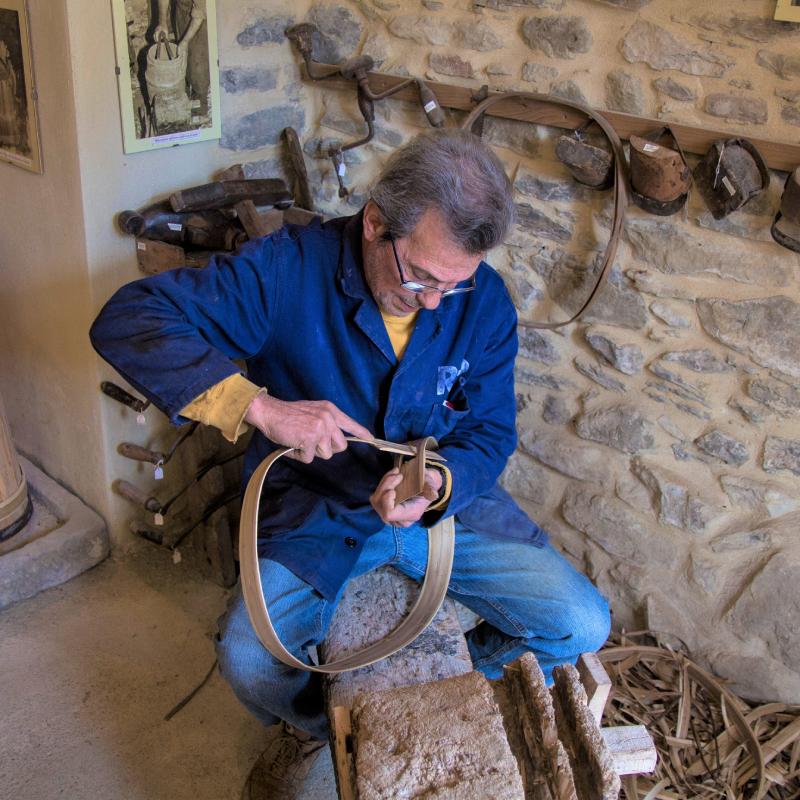 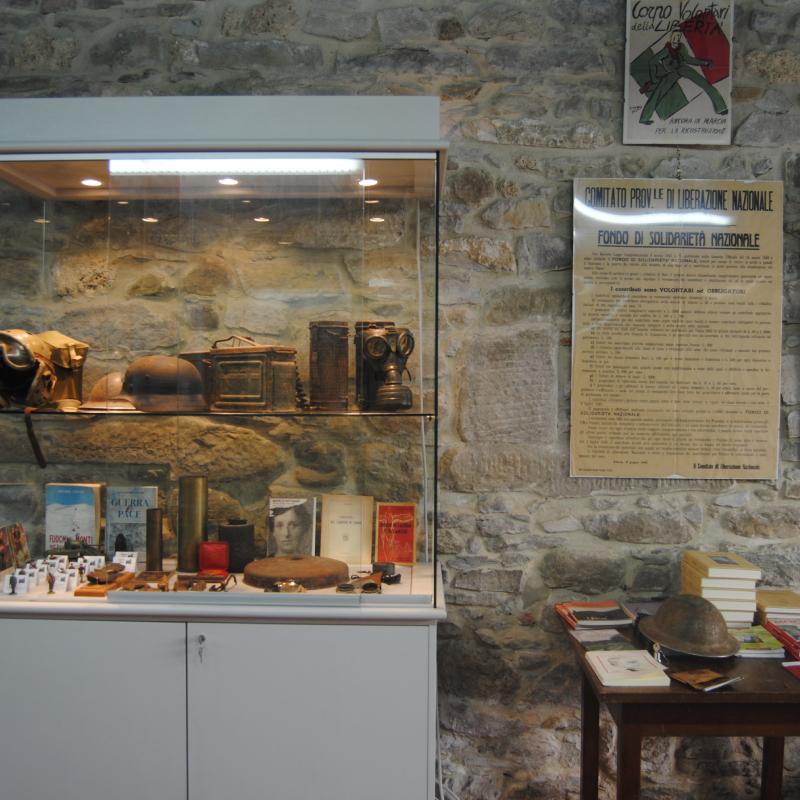