To discover the oldest part of the town and, passing along the "Via Musicalis", the ancient buildings of "La Castellaccia" where tradition has it that Guido Monaco, the inventor of modern musical notation, was born.

The house is found in the "Castellaccia", the remains of what was probably a fortified castle. Talla has always identified this house as the birthplace of Guido Monaco, based on evidence found in fragments of documents, the opinions of scholars and above all trust in ancient local beliefs. The monk musician, born between 992 and 995, is supposed to have received an initial training at the nearby abbey of Santa Trinita in Alpe founded in around 960 by two Teutonic monks. Guido Monaco deepened his spiritual experience at  Pomposa Abbey. Moving to Arezzo in 1025, under the patronage of Bishop Teodaldo, he took over the teaching of music and choral singing in the episcopal school of the city. Guido Monaco is credited with developing a new liturgical book, the antiphonary, in which melodies are written with signs placed on a staff.

The exhibition is of a mainly documentary and educational character and exhibits musical instruments and interactive and didactic panels that allow you to retrace the history and characteristics of the birth of musical notation invented by the Benedictine monk.

The cultural memory linked to the figure of Guido Monaco, regardless of the veracity of the place of birth, has played and continues to play a central role in the identity of the town and provides a cultural stimulus and an ongoing legacy that is expressed in various educational initiatives and activities. Please consult the documents created as part of the project: "GUIDO MONACO DACCI IL CINQUE!" (GUIDO MONACO GIVE US FIVE!).

A specific itinerary La via Musicalis ( https://www.ecomuseo.casentino.toscana.it/musicalis) connects the structure to the town of Talla through a series of installations, some of which are interactive, inspired by the Guidonian hand and musical instruments from the past.

Guido was the first to identify the six notes in the musical scale with the syllables UT, RE, MI, FA, SOL, LA. They were the initial syllables of a hymn to St. John:

Guido of Arezzo was also responsible for the invention of this ingenious mnemonic device for singing teachers and students: the subdivision of one hand into notes which allowed one not only to conduct a choir correctly, but also to interpret a musical motif at first sight. In fact, he says in the text at the bottom of the palm of his hand: “Learn to read your hand, if you want to learn the beautiful song. Without this system, you will study for many decades to no avail. (Saint John, absolve the sin of a contaminated lip, so that the clergy may make your marvelous deeds echo with a light voice).

It was Ludovico Zacconi who proposed the adoption of "Si". What we know today as "DO" was once called "ut" (it is still called that in France today). It was replaced with DO in the first half of the 17th century on the proposal of G.B. Doni. Do is the initial syllable of his surname.

Various initiatives (concerts, entertainment for children and families) during the summer period; Excursion to the Abbey of Santa Trinita in Alpe (third Sunday in July).

Abbey of Santa Trinita in Alpe.

Santa Trinita in Alpe was the first Benedictine monastery in Casentino. Founded in the Ottonian age between 950 and 961 by two German hermits, Pietro and Eriprando, in the 11th and 12th centuries it expanded greatly. In 1425, in a phase of decline, it was entrusted to the Vallombrosan monks and at the end of the 17th century it was already in ruins. Since 1968, restorations have been carried out on several occasions. The place chosen to found the abbey was most probably on an ancient road that was linked to the intersection of important communication routes of Roman origin between Casentino and Valdarno, also used for the movement of transhumant flocks. 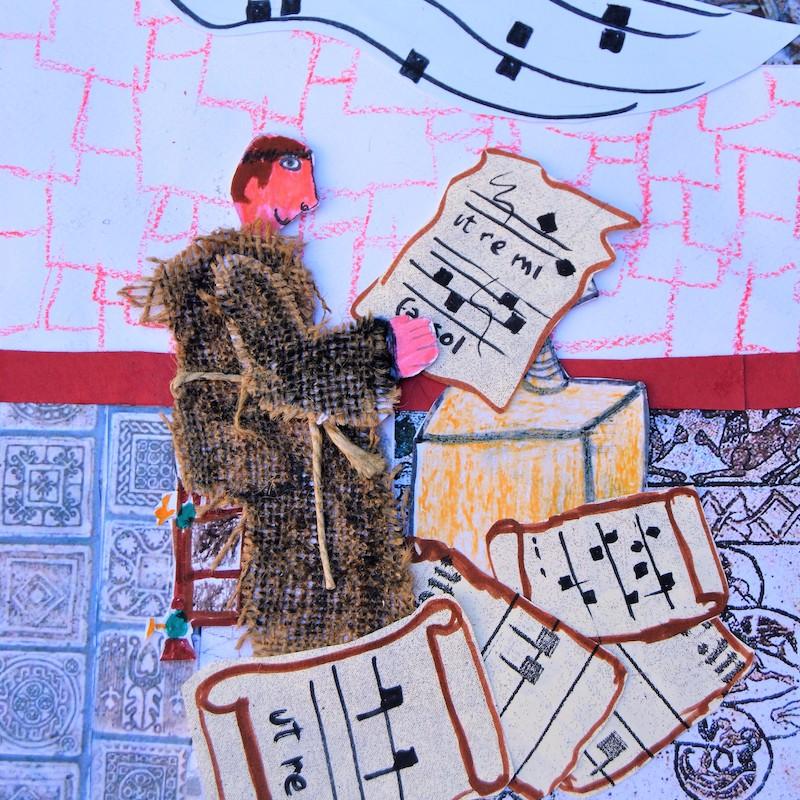 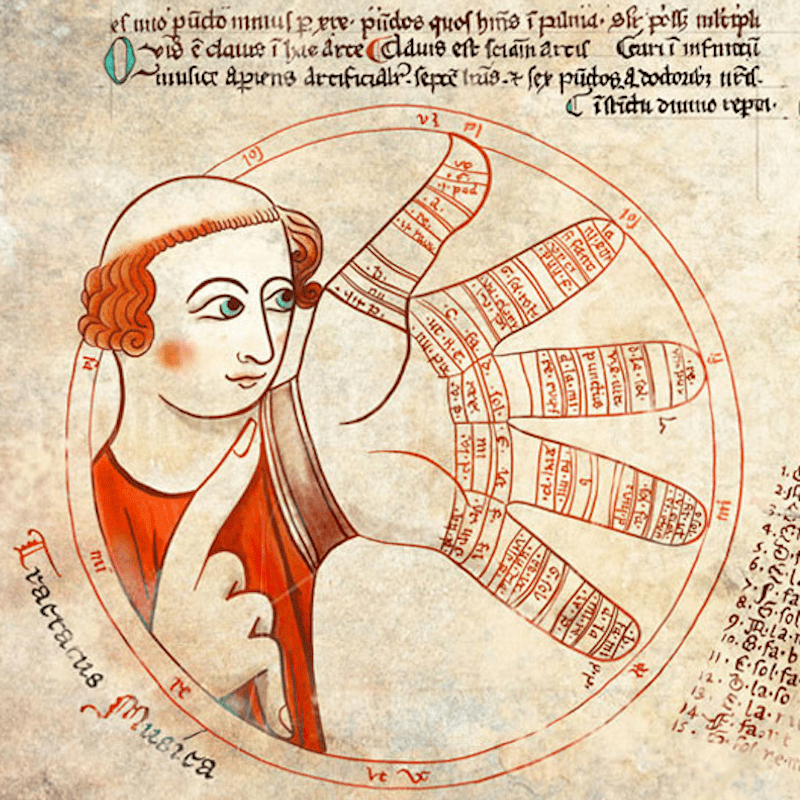 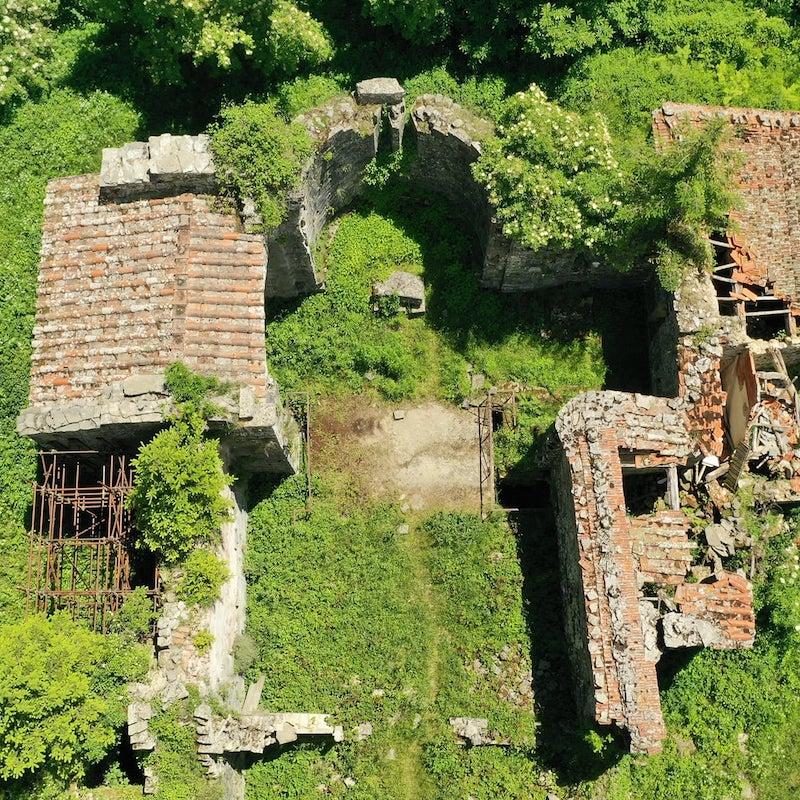 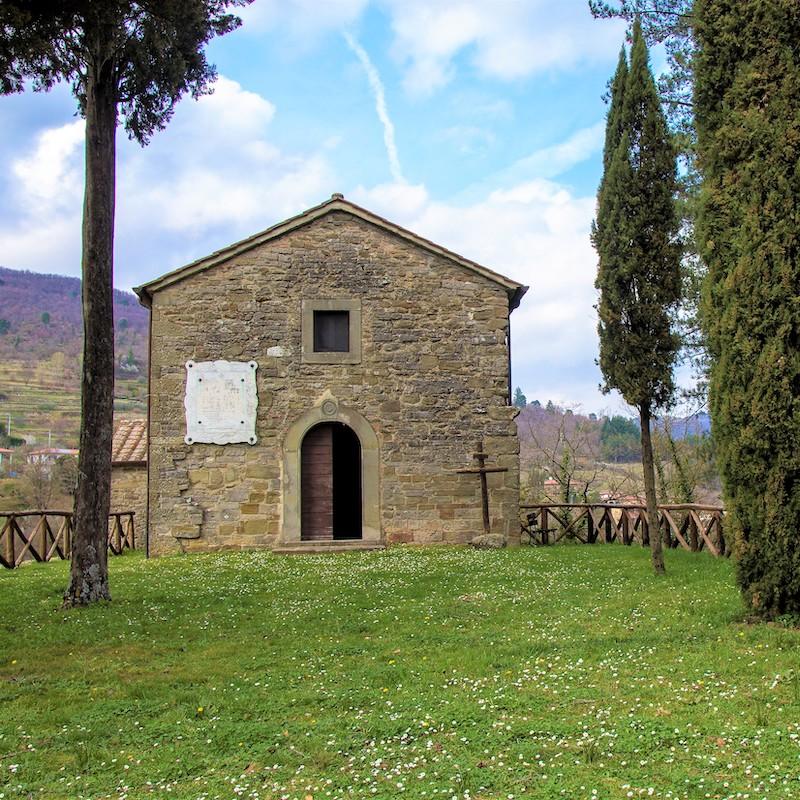 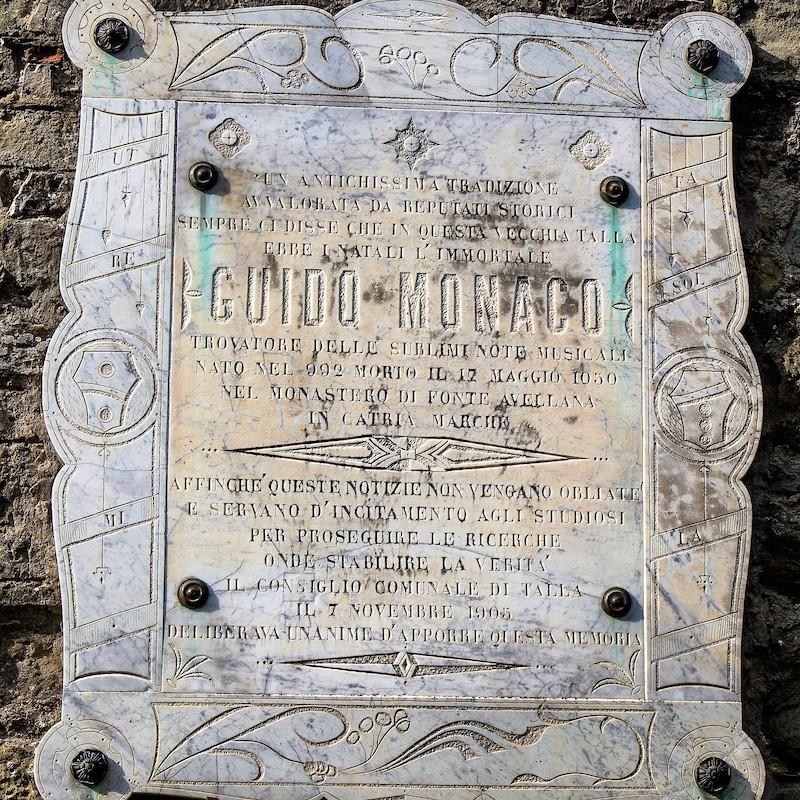 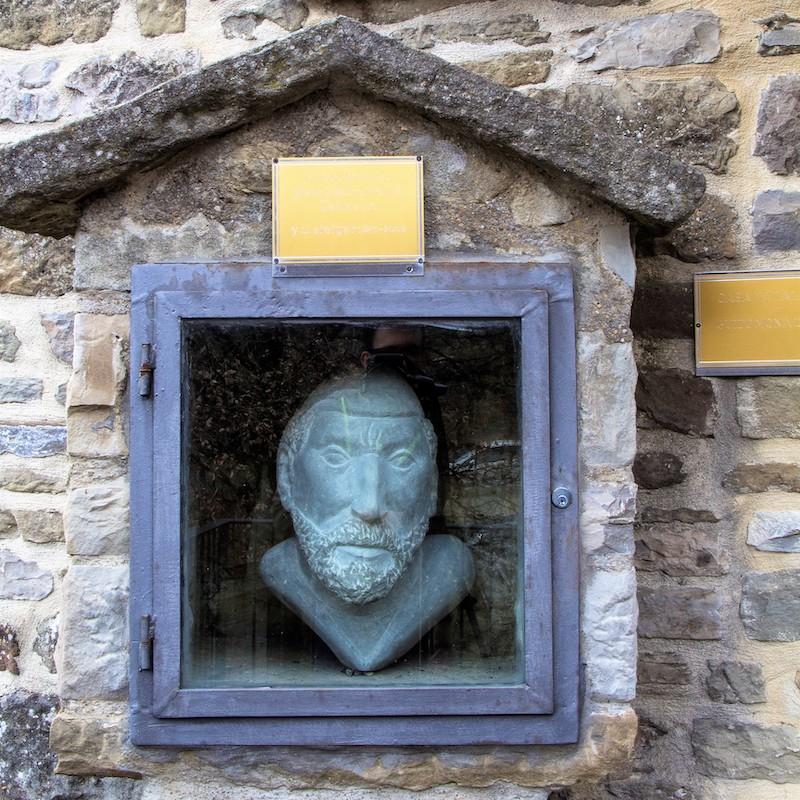 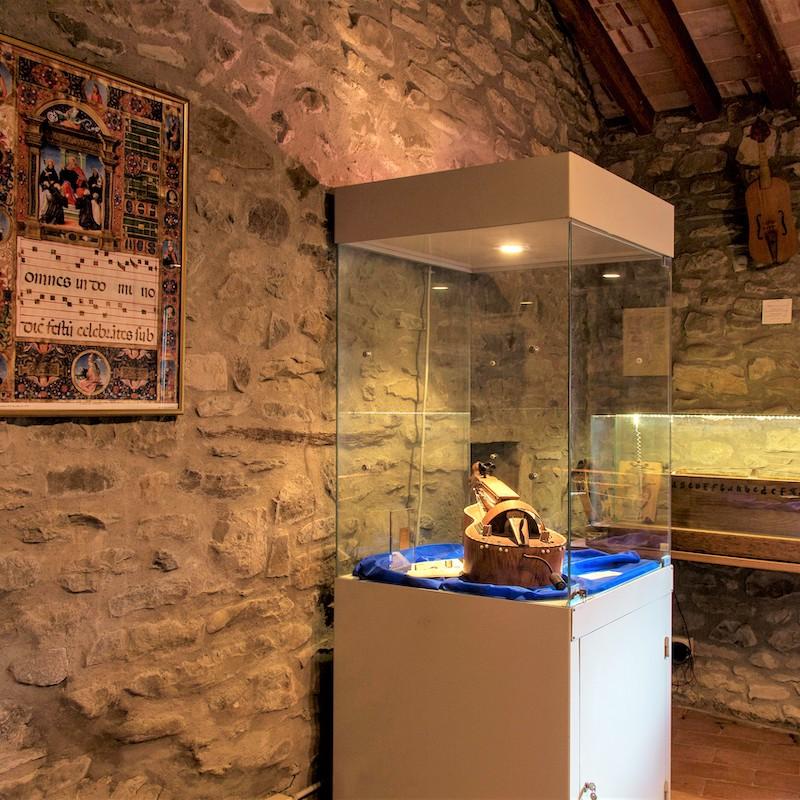 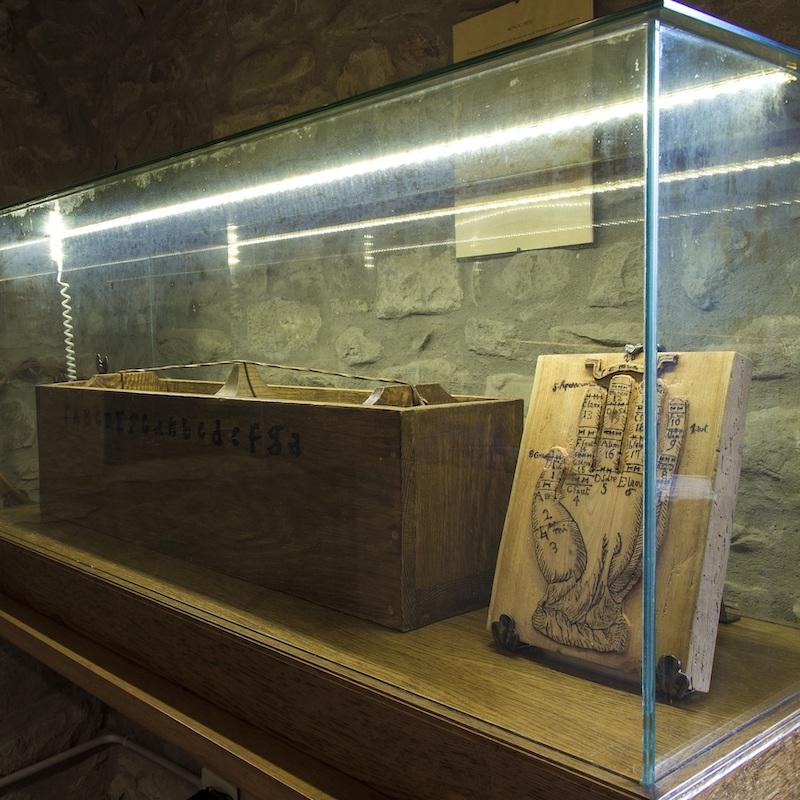 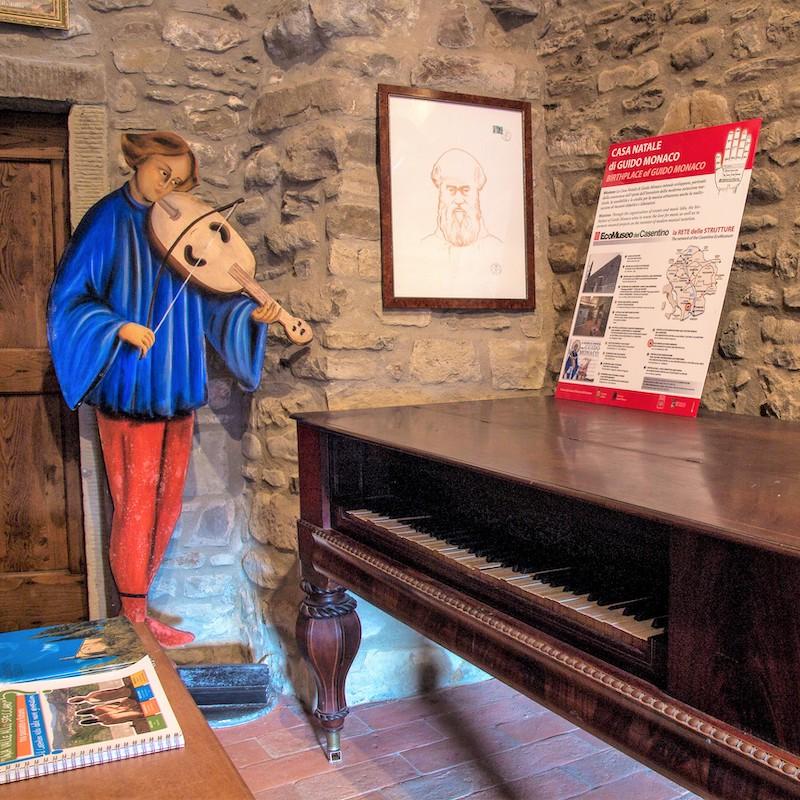