To discover a picturesque hidden corner that still survives in the old town center of Stia, the first town on the Arno, where it meets the Staggia river. Here tourists can touch (in the true sense of the word):

Luckier visitors will get to meet Lando, who is the very heart and soul of the museum; a special collector, artist, expert on mountains, woods and local history, and a teller of enchanting stories.

The nucleus of the collection consists of material kindly granted by two collectors from Arezzo whose dream has come true thanks to the Stia Ski Club. The museum, unique in Italy at the time,  was inaugurated in the year 2000, on the 50th anniversary of the foundation of the Ski Club, in conjunction with the local Council and the Parish of Santa Maria Assunta who provided the exhibition space. Interestingly the museum has been enriched and the collection more than doubled over the years with the most varied examples of skis and "snow equipment" that inhabitants and visitors to the area, including foreigners, have wanted to exhibit. It includes many examples of Nordic and Alpine skis and illustrates how skis evolved from being a means of transport, essential for mountain people, to being equipment used for a competitive sport. On display are unique pieces made here by people for their daily necessities and transportation. One section shows the development of the method of making skis, with pole and boot bindings from the early 1900’s to the present day. Another section is dedicated to professional sport and illustrates the evolution of racing skis with photographic and descriptive material. The feats of World and Olympic champions are described and models of the skis and bindings used are shown.

This section is divided into two display rooms and describes the exploitation of forest resources in the pre-industrial mountain economy illustrating:

how timber was cut and charcoal and timber were transported from the woods to the valley. Also specific vehicles and working tools that the locals made to meet their working needs. From a saw for logs to one for planks, various types of axes, materials for harvesting forest fruits and many other objects of interest and curiosity. An in depth study is also dedicated to small forest industries located in the mountains, which in the past provided occupation for many communities with the manufacture of small wooden objects.

A new exhibition amplifies the three museum sections. Here you will find everyday objects from the cobbler's shop as well as the carpenter’s, but also domestic objects use such as the "veggio"(small terracotta pot used in bed warmer) and many more from the recent past.

The collection, divided into two exhibition rooms, includes 520 specimens of 176 bird species, all Italian and representative of the avian fauna present in the Casentino area at the time of its establishment by Carlo Beni (late nineteenth century). Keeping "stuffed" birds as ornaments was a very common practice in all wealthy families in the middle of the last century. This was not the case with the collection of the lawyer Carlo Beni, of which scientific and educational value has proved to be truly remarkable. A man of great culture, he traveled in Italy, Europe and America. He was mayor of the town of Stia for thirty years, as well as a member of numerous academies and ministerial commissions on local and national levels. It is said that Beni prepared the specimens himself, identifying them and recording the dates and places of the findings. The scientific names of the species were transcribed on registers which unfortunately have been lost. However, the value of the collection is unquestionable and its state of conservation is excellent. The criterion for dividing the specimens by "environments", as is, in fact, also common practice in other Italian museums, allows the visitor to identify the species directly with its territory and to see at close hand almost all the resident and migratory birds that are difficult to approach in nature.

• The hanging garden and the collector's workshop

The most "secret" part of the structure, which can be visited only on request, is the small hanging garden, used for museum meetings and educational activities, which also opens onto the "Lando Laboratory". The collector, owner of most of the objects kept in the museum (forest section), is the creator of many of the works of art placed along the path through the garden.

For whom the most famous and well-known Piazza Tanucci in Stia has been named, Bernardo Tanucci, (Stia February 20, 1698 - Naples 1783),  was an important Italian politician. Trusted by the King of Naples Charles of Bourbon and his son Ferdinando IV, he held the offices of Secretary of State of Justice and Minister of Foreign Affairs and of the Royal House from 1754 to 1776. Piazza Tanucci was also the location of the film ‘Il Ciclone’ by Leonardo Pieraccioni (1996). You enter Vicolo dei Berignoli to the right of the historic fountain from the Grand Ducal Era built in conjunction with the aqueduct of the town of Stia. The exhibition of artefacts and the ornithological collection are divided into several sections in picturesque exhibition spaces.

Inside one of the showcases that house the Ornithological Collection there is a small register that notes the participants at the inauguration of the exhibition in the early 1900’s. Among all the signatures that of Gabriele D'annunzio, guest of the Counts of Romena in that period (1902), stands out.

When our people went to the mountains to cut or plant trees and spent varying lengths of time there, they built a "refuge" on site. We have found an old photograph of one of these. They also made small gardens where they grew what they needed to survive. In bad weather or when it rained, the "refuge" served as a place where one could devote oneself to various pastimes or to making small wooden artifacts which were then sold at the local market.

This reveals the creative character of the mountaineers which helped them better endure the hard work and difficult weather conditions. The "refuge" often had a supervisor to whom one could turn to for all necessities and for solace.

In the Ski Museum visitors can satisfy their curiosity by looking at displays of various special exhibits such as a pair of foldable skis, used by the paratroopers of the Col Moschin, operational regiment of Livorno.

Workshops and entertainment for children and families in the summer. Consult the Ecomuseum website.

Interconnected to the woods, the mountains and the practice of skiing on the Apennine ridge, at an altitude of 1450 meters above sea level, the Ski Club has been running the Casone della Burraia since 1974. Of grand-ducal origin, it used to serve as a summer pasture shelter for sheep and cattle, with a notable production of dairy products. It is said that every two days (one to go and one to return) these products were delivered to the Grand Duke’s family in Florence. Nowadays it provides accommodation for those who wish to pursue naturalistic activities and experience the National Park of the Casentino Forests of Monte Falterona and Campigna. 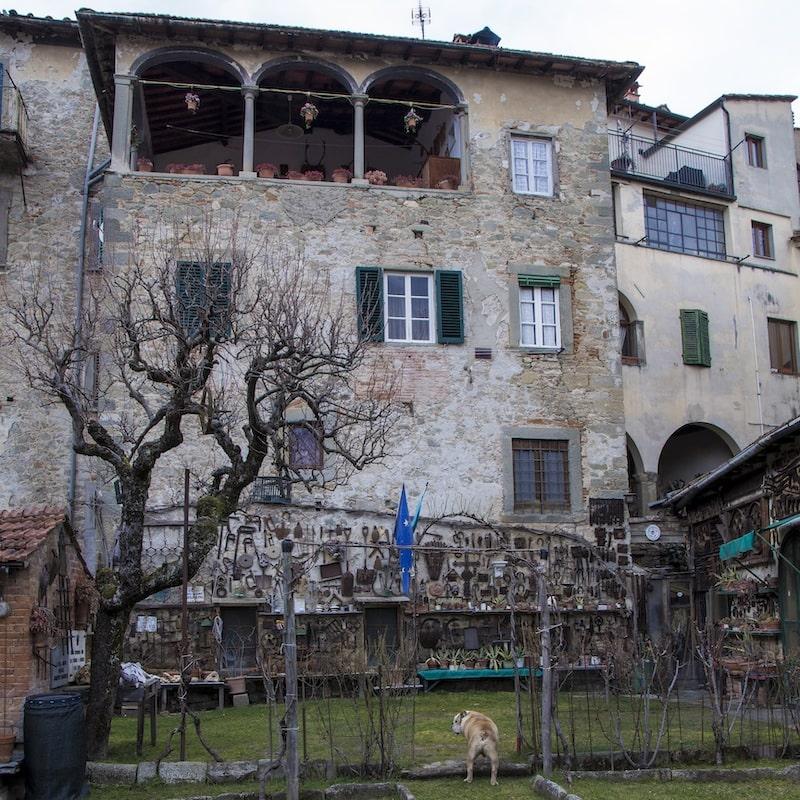 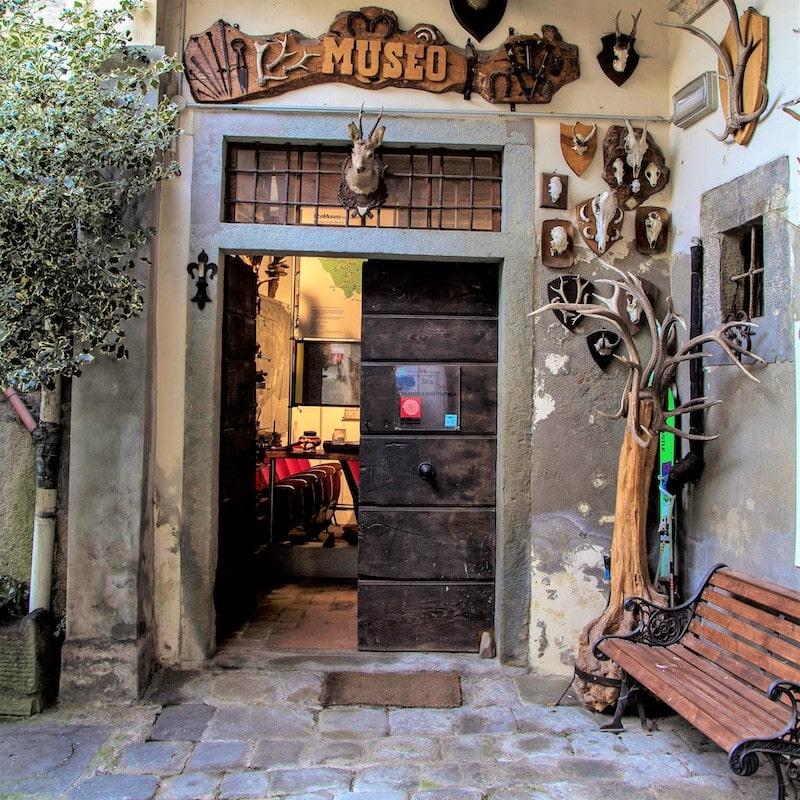 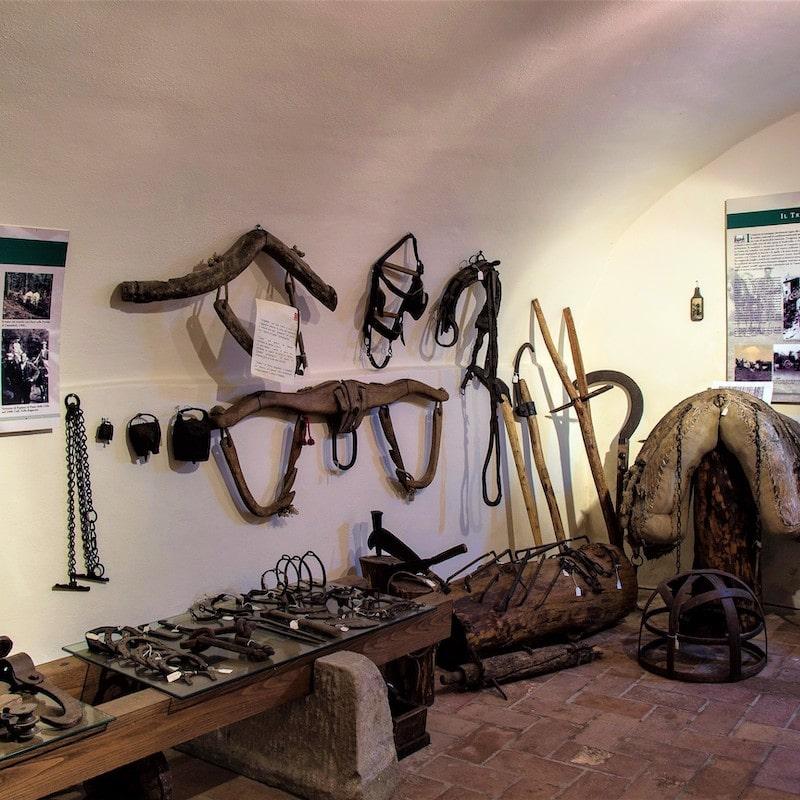 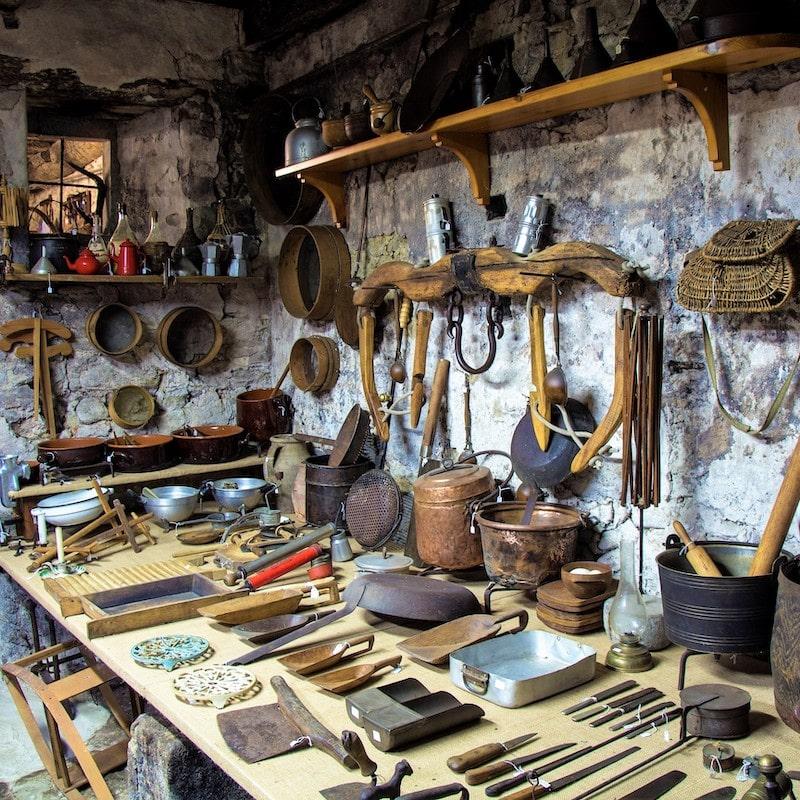 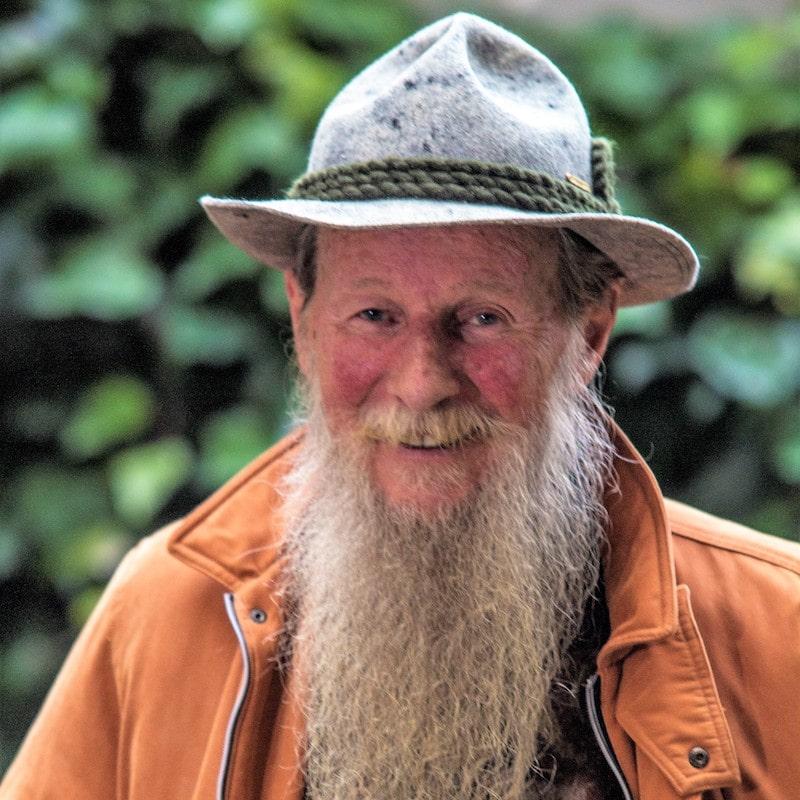 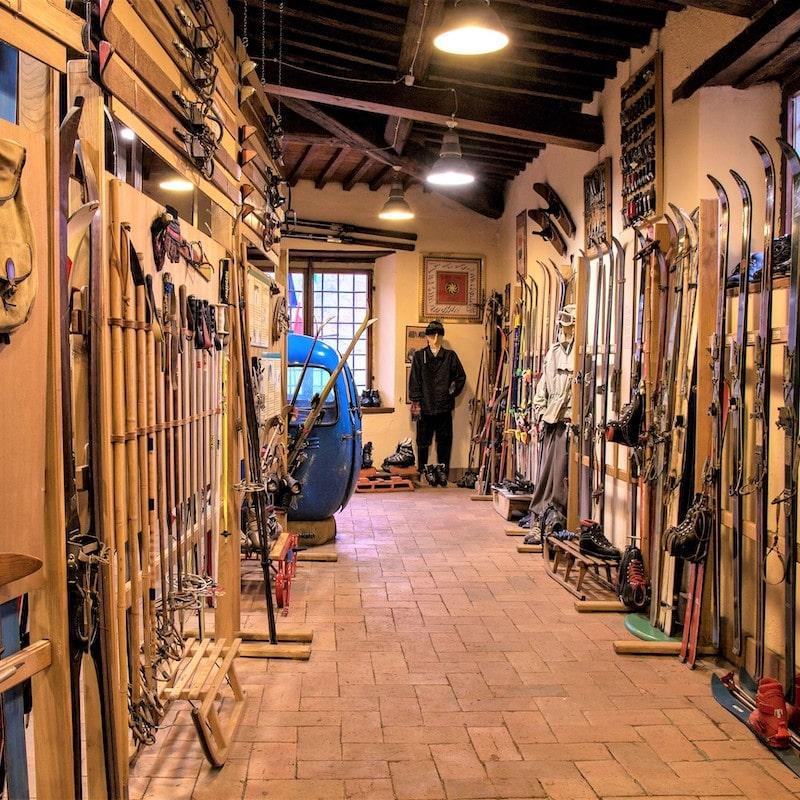 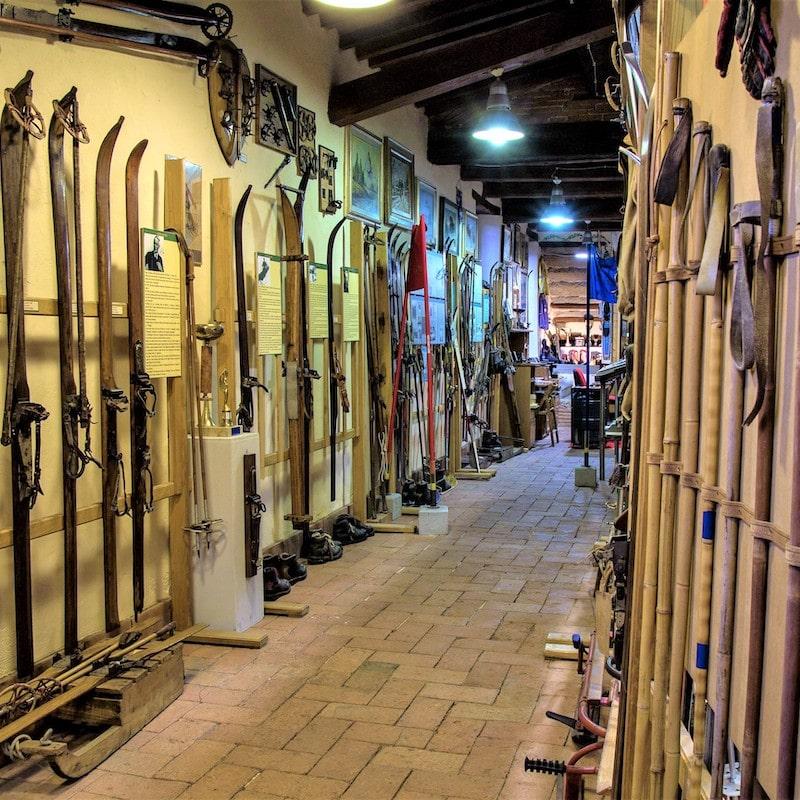 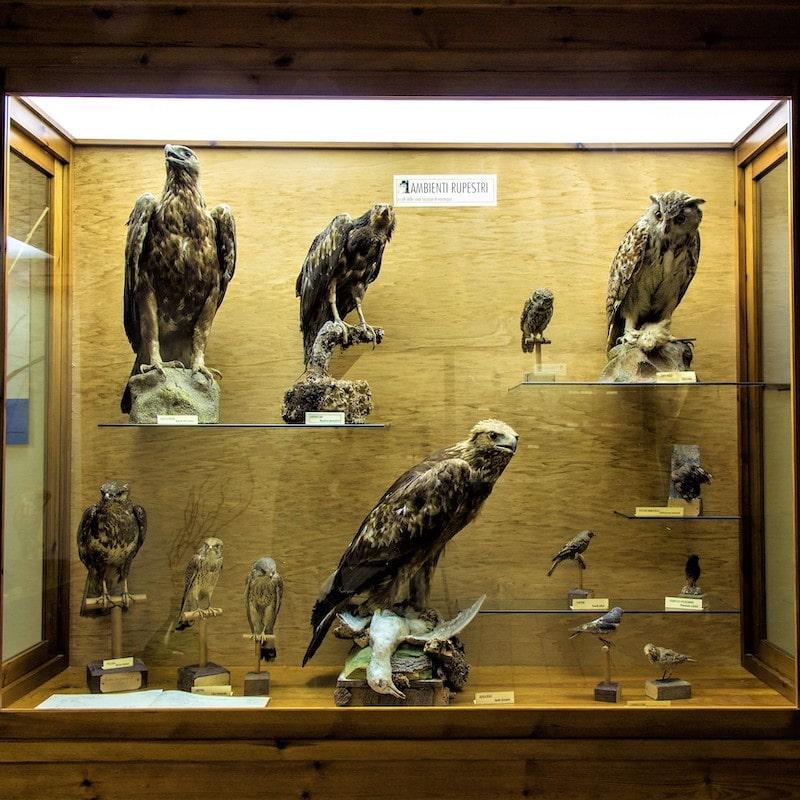 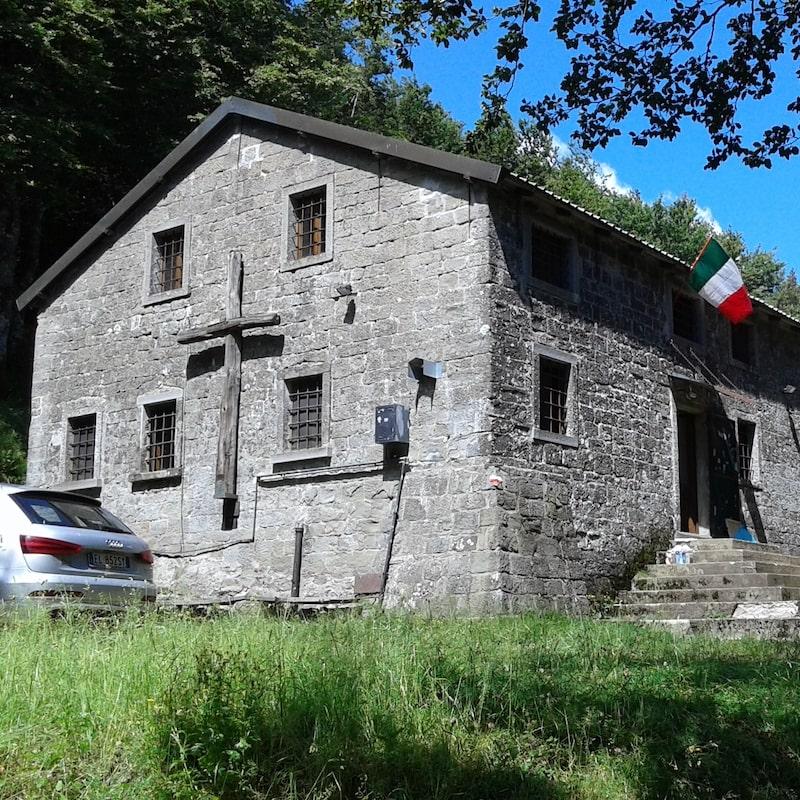